Ukraine - Half a world away, Coloradans worry about loved ones in Ukraine 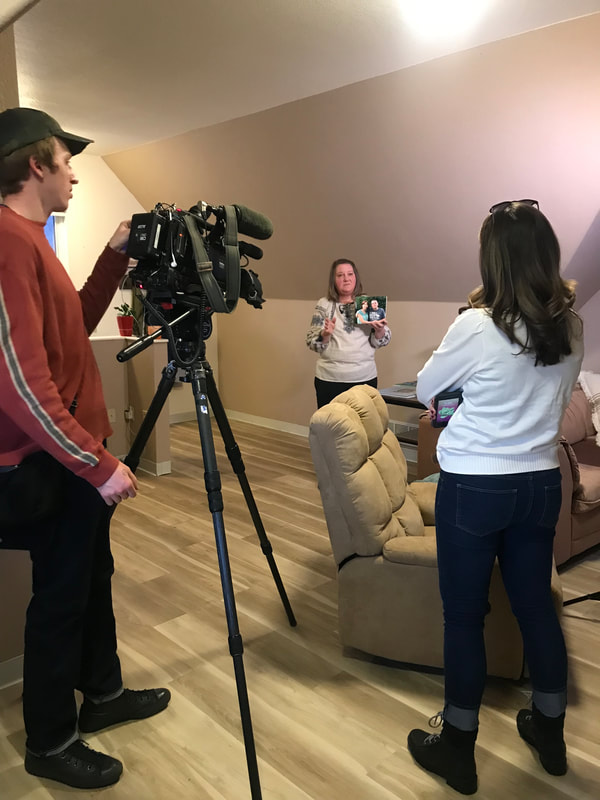 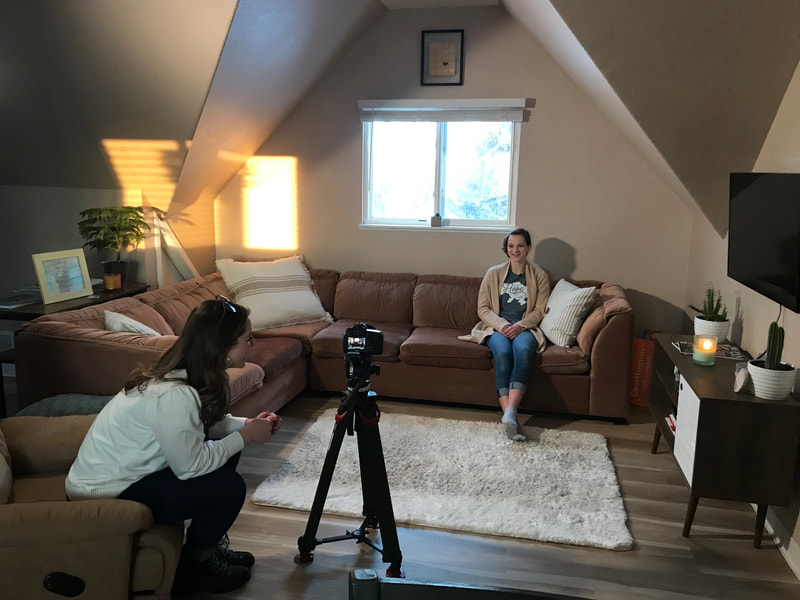 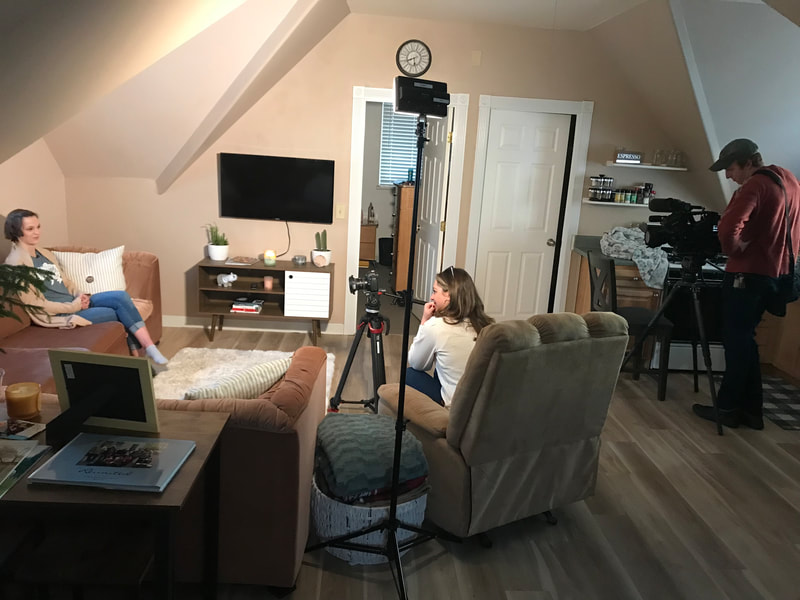 The organization said it’s becoming harder to get people to pay attention to what’s happening in
​Ukraine after so many months of war.
Click HERE FOR STORY
Author: Marc Sallinger (9 News)
Published: 9:49 PM MDT October 16, 2022
Updated: 10:07 PM MDT October 16, 2022
BERTHOUD, Colo. — The farmland in rural Weld County is quiet -- a big change from the sounds of war Oksana Horbunova and her family are used to hearing at their home in Kyiv, Ukraine.

"It’s just a totally different life for us right now," Horbunova said. "Even kids get used to sleeping with the air sirens. That is what was interesting for us being in America. It is quite nice. You don’t have the air sirens."

​For three weeks now, Horbunova and her two kids have toured around America, raising awareness of the war in Ukraine and collecting donations orphans who’ve lost their parents. They're now staying in Berthoud as they spend time in Colorado.
As the war continues, she’s noticed people have begun to stop paying attention.
"I was receiving hundreds of messages from my friends: 'How can we help? How can we help?' But now it’s going down," Horbunova said.
She works with a Berthoud, Colorado-based nonprofit called Ukraine Orphan Outreach. They’re now building a new shelter in Ukraine to help orphans who’ve had to leave their homes.
Horbunova's 16-year-old daughter, Kristina, also made the trip with her. After more than seven months of war, she said she’s no longer scared of the missiles and sirens and violence she sees at home.
"It’s hard for everyone, but people are so brave and strong," Kristina Horbunova said. "Every moment could be the last."
In Colorado, they share their story with the hope that no one looks away from what’s happening at home.
"I’m proud to be Ukrainian," Horbunova said. "I really believe that our country will win this war and will show to the rest of the people what it means to fight against the evil and survive." 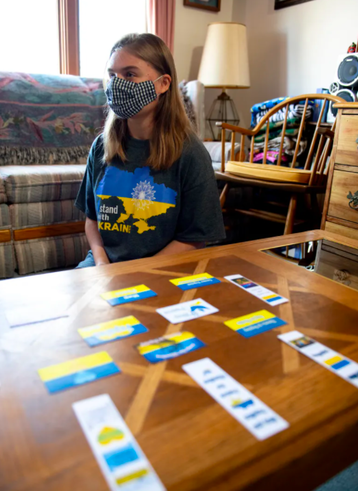 Art from Love with a Cause

Please pray for favor of this original artwork by Travis Love from Atlanta, Georgia who is generously donating 50% to Ukraine Orphan Outreach. Below is the interview that I was a part of with Travis Love. Please take a moment to watch the interview and hear about the amazing meaning behind this painting. 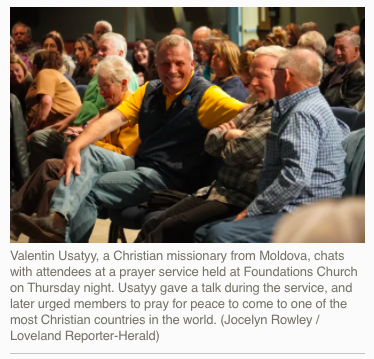 More than 200 “prayer warriors” gathered at Foundations Church in Loveland on Thursday night to “lift up our brothers and sisters” impacted by Russia’s bloody invasion of Ukraine.

Valentin Usatyy, a Christian missionary from Moldova, chats with attendees at a prayer service held at Foundations Church on Thursday night. Usatyy gave a talk during the service, and later urged members to pray for peace to come to one of the most Christian countries in the world. (Jocelyn Rowley / Loveland Reporter-Herald)


In an emotional prayer service live-streamed to families in the affected region, the congregation appealed for peace and for God to give the Ukrainian people “strength and protection” in their hour of greatest need.
“This is a beautiful gathering tonight,” Foundations founding pastor Carl Sutter said in opening remarks. “And you’re here to say, I’ve got a lot of responsibilities in this world, and I want to put those responsibilities aside tonight in prayer for people on the other side of the world. That’s just an amazing thing.”
The group spent the next hour and 45 minutes absorbed in prayer, taking many forms. To set the mood, the service began with a rousing “call to battle” from five shofars, an ancient instrument made from a ram’s horn that figures prominently in Jewish religious history.

Musician Theresa McCreary then led the congregation in two musical prayers, followed by a group prayer led by longtime Foundations member Julie Baker.
The event also featured speakers from two non-profit organizations directly involved in aiding families in the war zone. K===ris and Clarke Stoesz of Ukraine Orphan Outreach, a group they founded in 2006, spoke of their efforts to aid refugees in western Ukraine by sponsoring temporary shelters.
They were followed by Tim Garrett, a longtime Loveland resident who has been helping raise funds for Ukrainians for Colorado, a small organization based in Estes Park. Formed by Ukrainian immigrants Nataliya Pleshkova and Iryna Irkliienko, the group is raising funds to help their numerous friends and families still living in the country.
The service concluded with an emotional presentation from Valentin Usatyy, a longtime Christian missionary from Moldova, who spent decades serving in Russia. Usatyy came to the U.S. with his family in 2014, ahead of the violence he knew Putin would one day unleash on more of his neighbors. He appealed to the crowd to pray for an end to the horrors and to bring peace to one of the most free and Christian countries in the world.
“When you go into battle in your own land against an enemy who is oppressing you, sound a blast of the trumpets,” he said, calling the shofars on for a final “call to battle.”

Afterwards, organizer John Tindall, prayer director at Foundations, said he was “heartened,” by the robust turnout, but even more heartened by the stories of ordinary people going to extraordinary lengths to help those fleeing the war.
“These are the people that know what’s going on,” he said of the evening’s guests. “They’re in touch with people, and turning their lives upside down to help. Some people react that way, and some people go and hide in the corner.”
​
The church will be holding another prayer service for Ukraine on April 21.